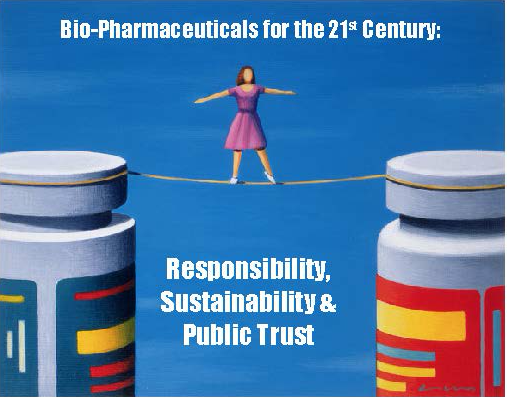 Pharmaceutical companies have once again used industry influence to conceal data and make false claims about a high-profile medication.

Today The New York Times reported that Johnson & Johnson and Bayer – the companies behind the anti-clotting drug Xarelto – are responsible for critical laboratory data being left out of a letter published in The New England Journal of Medicine discussing the safety of the medication. Lawyers representing patients suing the two major pharmaceutical companies claim that both corporations were complicit by remaining silent about the data concealed from the publication.

If this scenario sounds familiar, it’s because it is: in 2005, The New England Journal of Medicine published an Expression of Concern after it was discovered that researchers had deliberately concealed three heart attacks in the data from a clinical trial of the painkiller Vioxx (which has subsequently been taken off the market).

As a response to this serious breach of ethics, Fordham University’s Center for Ethics Education held a conference in January 2005 entitled, “Bio-Pharmaceuticals for the 21st Century: Responsibility, Sustainability & Public Trust.” This conference resulted in a white paper on clinical trial registries and results databases that helped to pave the way for legislation requiring pharmaceutical companies to disclose the results of studies.

Following the conference, Center Director Dr. Celia B. Fisher published an article in Science arguing that while hasty legislation mandating posting of results to ensure public safety is necessary, “results databases are not a substitute for systematic scientific peer review and scientific rigor.”

While the recent clinical trial results published on Xarelto indicate that the pharmaceutical companies have found a workaround to the updated policies, it is important to revisit the ethical issues Fisher raised more than a decade ago.

For more information, see the original article in Science by Dr. Celia B. Fisher, as well as the white paper resulting from the 2005 Fordham conference.

Master’s Degree in Ethics and Society