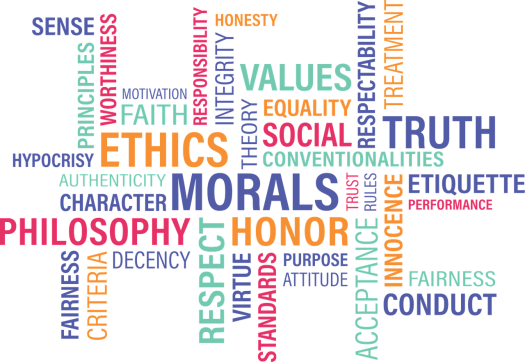 Bioethics/Medical Ethics/Animal Ethics
The Human Thing: When It’s Not About “Bioethics”
“In the place of narcissistic and subjective dignity wrongly invoked by procreation militants, we need a return to the transcendent and objective dignity of human nature.”

A Global Observatory for Gene Editing
“Sheila Jasanoff and J. Benjamin Hurlbut call for an international network of scholars and organizations to support a new kind of conversation.”

Artificial Intelligence is Infiltrating Medicine – But Is It Ethical?
“Do algorithms, robots and machine learning cross ethical boundaries in healthcare?”

Should Opioid Addicts Be Forced to Undergo Medical Treatment?
“According to a forthcoming study, there is little evidence that opioid addicts benefit from involuntary commitment, and the “legal and ethical” concerns raised by such strategies should make policymakers think twice about employing them.”

Analyzing the Animal Ethics of Celebrity Chefs
“For consumers looking to reduce their consumption of meat — particularly due to a greater understanding of the ethical treatment of animals — researchers have analyzed the leading cookbooks of 26 celebrity chefs to offer insight and guidance.”

Politics
Is Facebook political data too valuable to worry about ethics?
“Even before the Cambridge Analytica furor, alarms have been sounded about Canadian politicians making inaccurate conclusions about voter behaviour, Susan Delacourt writes.”

The Threat to Western Democracy Starts at Home
“The Western liberal order is not in crisis because of Russian disinformation campaigns and electoral interference. Western democracies must take responsibility for a crisis that, ultimately, is homegrown – nurtured by its leaders’ own failure to confront effectively the challenges of globalization.”

Turning Scientists Into Politicians
“The group 314 Action seeks to get more scientists elected to political office. Does that risk reducing science itself to a political platitude?”

Business Ethics
In the #MeToo era, ethics training gains urgency
“Questions of ethics and morality have been discussed at business schools for decades, but in the past year that conversation has taken on a new urgency and intensity, fired up by social media.”

Facebook Data Breach: Why Business Schools Need To Teach Students About The Ethics Of Big Data
“Unlike Facebook, business schools are beginning to focus on the responsible handling of big data.”

Ethics and Compliance About More Than Just Rules, Survey Says
“New data from LRN Corp. indicates that basing an E&C program on values, rather than rules, may be the way to go.”

Thieves in the Suites
“What we have here is the deterioration of executive ethics to the point that openly gaming and cheating America’s workaday majority is considered fair game by the avaricious corporate elites.”

Former Enron exec talks about ethics, GE and Hillary Clinton
“Former Enron executive Andrew S. Fastow, once a poster child of corporate crime, delivers a professional, polished presentation for how one could technically follow the rules but end up doing unethical deals.”

Technology and Ethics
Cambridge Analytica controversy must spur researchers to update data ethics
“A scandal over an academic’s use of Facebook data highlights the need for research scrutiny.”

New technology and the ethics gap
“Possession of state-of-the-art technology provides a strong element of power, control and even oppression to its owners, which understandably creates a considerable ethical gap”

Reconnecting with ethics: an alternative future for smartphones
“The number of people using smartphones has exploded – 95 percent of Americans own a mobile phone. But when technology grows quickly, the ethics can get left behind with human rights abuses and environmental damage. So how are we going to get to another, more ethical future?”

Machine Learning and Human Values: Can They Be Reconciled?
“When people imagine a future of “robot lawyers,” they tend to focus on employment and economic effects — for example, the implications for the lawyer labor market (e.g., “will the robots take our jobs”). Often overlooked, but no less important, are the ethical implications of artificial intelligence.”

Who or what is to blame for the misuse of data, technology or those who control it?
“Propaganda, influence, misinformation and manipulation – these are tactics that have been around for as long as politics itself. There is nothing new under the sun as the old adage goes. Technology just allows us to do them in different ways.”

Research Ethics
Facebook data: why ethical reviews matter in academic research
“When the Facebook data of 50m users was collected by Cambridge academic Aleksandr Kogan, his actions reportedly came to the attention of colleagues who regarded his subsequent use of the data as unethical. The university revealed that Kogan had unsuccessfully applied for ethics approval in 2015 to use data collected on behalf of GSR, a commercial enterprise he set up, for use in his academic research. He was reapplying for approval when Facebook requested that the data he had gathered be deleted. These applications are currently the focus of a freedom of information request.”

Review of Vitamin D research identifies ethical issues in placebo use
“Since World War II, medical ethics in research studies involving human subjects have shifted significantly. Despite this important growth, ethical issues remain. Nutrition supplementation research does not have guidelines around the use of placebo groups in clinical trials, posing ethical issues.”

Should journalists be more critical of research involving animals?
“Scientists have been using animal models to develop life-saving human treatments for centuries, but some question the usefulness – and ethics – of comparing results between species. An anti-animal testing advocate and a science journalist address the Swiss media’s role in the controversy.”

Climate Change Ethics
Climate Change, Colonization, and Christianity
“Under the leadership of Pope Francis, the Catholic Church has become a powerful voice for action on climate change, while Catholic leaders from vulnerable countries have emerged as some of the issue’s greatest evangelists. Recently, Cardinal John Ribat of Papua New Guinea, visited the United States to meet with members of Congress about the carbon crisis. During his stay, Cardinal Ribat joined Karenna Gore, director of the Center for Earth Ethics at Union Theological Seminary and daughter of former vice president Al Gore, to talk the church’s role in combatting climate change.”

Developing countries must lead on solar geoengineering research “People in the global south are on the front line of climate change. As global temperatures creep upwards, the Intergovernmental Panel on Climate Change (IPCC) is forecasting rising seas eroding small island states1, declining food production in many regions of Asia2, water stress across Africa3 and major loss of biodiversity in South America4.”